More ridesharing offerings are popping up in cities around the world. 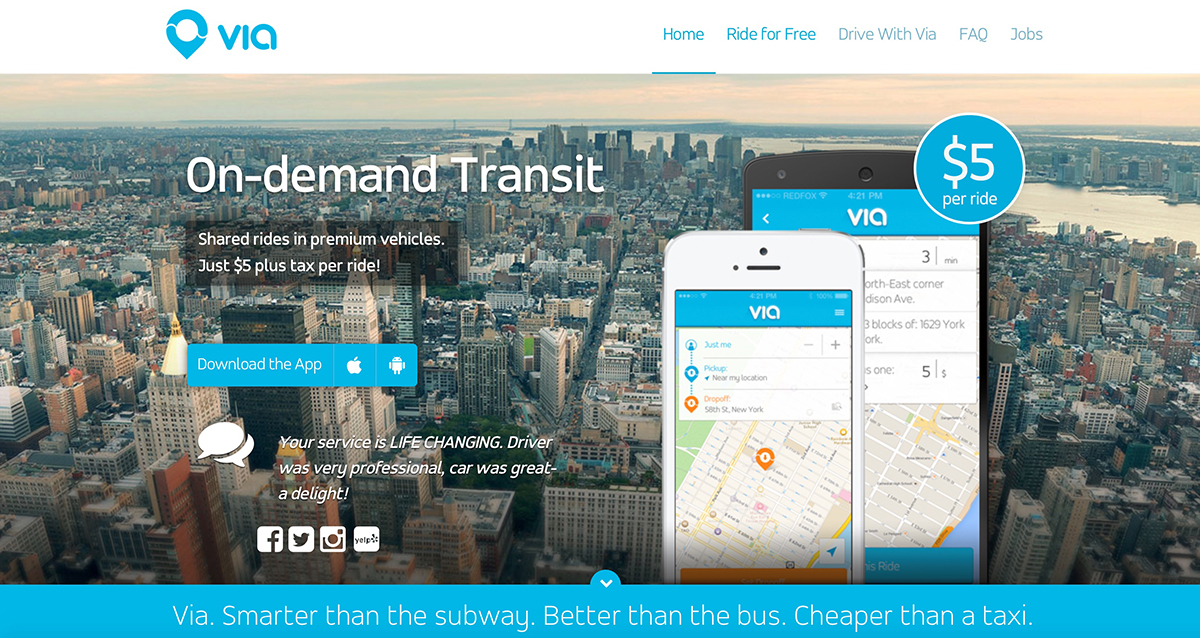 Oh, and in case you weren’t aware, with the latest round of fundraising, Uber is now valued at $62.5 Billion USD!!! On paper, it is worth more than GM (valued at around $55.6 Billion USD).

More ridesharing offerings are popping up in cities around the world. Via, a NY-based app, announced entry into the Chicago market.  The app offers on-demand carpool rides for up to four passengers headed the same direction. A professionally chauffeured SUV will pick customers up and deliver them to their location, just like Uber or Lyft, but it will cost just $5 when the ride is prepaid, or $7 if payment is made at the time of the pickup.

In Paris, a ridesharing service was launched specifically targeting people with disabilities.

But the ridesharing world may be changing quickly with the possibility of an Uber union? In Seattle, determined immigrant drivers, a hard-charging union and an ambitious City Council member have pushed the city close to enacting the groundbreaking legislation establishing collective-bargaining rights for contract employees like Uber drivers.